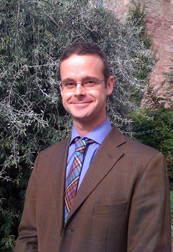 Dr Paul Anderson is the Assistant Director of the Centre of Islamic Studies (currently Acting Director during Prof. Fahmy’s sabbatical). He is the Prince Alwaleed Lecturer in the Department of Middle Eastern Studies at the University of Cambridge and a Fellow of Darwin College, Cambridge. Dr Anderson is a social anthropologist interested in the study of morality, language, value and politics in the Arab world. He has written about practices and concepts of moral personhood, and the social and political effects of speech, in Syria and Egypt. He gained his PhD in social anthropology at the University of Edinburgh and his BA(Hons) in Arabic and Islamic Studies at the University of Oxford.

This new research project, funded by the AHRC, explores the legacies of urban life in four cities: Kabul, Herat, Bukhara and Aleppo. In particular, it focuses on cosmopolitan habits of maintaining inter-ethnic and inter-religious relationships.

Moralities of the Market: Merchants, Islam and Ethics in Pre-Conflict Aleppo

This project explores the moral and social dynamics of trade in the city of Aleppo, then Syria’s commercial hub, before the outbreak of the Syrian uprising in 2011. It starts from the assumption that Aleppo was not simply a second city to Damascus, nor a site of political opposition to the Baathist regime, but had been fashioned by Aleppo’s merchant families into a dynamic node in an expansive Asian economy, connected to markets in China, central Asia, the Gulf and beyond. As well as identifying these connections, this project seeks to describe the local understandings of economy, value and circulation in which trade in Aleppo was embedded. Drawing on fifteen months of fieldwork in Syria, conducted in 2008-09, this project explores the forms of value, dynamics of trust, and notions of moral personhood, that underpinned trade in Aleppo’s wholesale and retail suqs and textile factories in this period.

Another strand of my current work aims to describe the dynamics of long-distance trading networks connecting China to markets in West Asia and Arabic-speaking countries. It is part of a European Research Council-funded project, led by Professor Magnus Marsden, entitled ‘Trust, Global Traders, and Commodities in a Chinese International City’, documenting the trading networks and activities centred on the city of Yiwu in south east China. The focus of this work, which is also supported by the Centre of Islamic Studies, is on the history of trading routes between China and the Arab world, the social dynamics and identities, and forms of trust/mistrust underpinning these long-distance trading networks.

Dr Anderson lectures and supervises Masters students, and supervises PhD projects within the field of social anthropology, particularly as related to his current research interests in trade and the morality of exchange.

Dr Anderson lectures and supervises Masters students and is happy to supervise PhD students in any area relevant to his work on social anthropology, Islam and trade networks.

A New Silk Road? Mercantile Connections across Asia
Moralities of the Market: Merchants, Islam and Ethics in Pre-Conflict Aleppo

After Trust: Institutions, Flexibility and Geopolitics in the Durability of Networks in Inter-Asian Commerce”. Introduction to Special Issue (with Magnus Marsden) Global Networks (in press) (2020)

Not a Silk Road: trading networks between China and the Middle East as a dynamic interaction of competing Eurasian geographies
, Wiley Online Library (2020)

The Politics of Scorn in Syria and the Agency of Narrated Involvement Journal of the Royal Anthropological Institute. 19(3) pp. 463-481 (2013)

‘The Piety of the Gift’: Selfhood and Sociality in the Egyptian Mosque MovementAnthropological Theory 11(1) pp. 1-19 (2011)

2007 – Conducting Fieldwork in the Middle East (with Y. Suleiman)