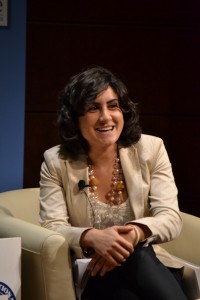 Samar Samir Mezghanniis a Tunisian/Iraqi writer, activist and was a PhD candidate at the  Faculty of Asian and Middle Eastern Studies. Prior to joining the University of Cambridge, she studied Communication and Culture at the University of Birmingham and Psychology at the University of Tunis Al Manar. Throughout her studies and after obtaining her Masters degree, Samar has worked with several international organisations such as the United Nations, the British Council, CIVICUS, the International Monetary Fund and the League of Arab States as a consultant, fellow or project manager. Samar’s research aims to examine the representation of Muslim people, places and values in British newspapers from 1998 to 2009. The research conducts a comparative analysis between mainstream newspapers and those that cater to Muslim and Jewish communities in the United Kingdom. It looks at the similarities, differences, consistencies and changes in the discourses of these newspapers throughout this time frame.