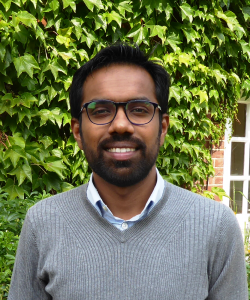 Arafat A. Razzaque specializes in classical Islamic thought, and the social and cultural history of the medieval Middle East. His current research lies in the areas of piety and asceticism in early Islamic tradition, religious and social ethics, and ideas of kinship and the history of the family—including Islamic family law and its challenges in the modern world.

You can read more about his current research on Fostering Ethics here.

His doctoral dissertation at Harvard University, in the joint program in History and Middle Eastern Studies, examines the development of an Islamic literature of speech ethics (adab al-lisān) in the ninth and tenth centuries, dealing with ideas about sin, slander and social propriety especially among the community of scholars. He has previously also worked on the reception history of the “Thousand and One Nights” tales, and continues to maintain a broader interest in popular narrative, textual cultures, and historical connections between Europe and the Middle East.

Arafat has a BA in Humanities from Yale University, an MTS in Islamic Studies from Harvard Divinity School, and an MA in History from Harvard University. He has joined the Centre in October 2018.

“Genie in a Bookshop: Print Culture, Authorship and ‘The Affair of the Eighth Volume’ at the Origins of Les Mille et une nuits,” in The Thousand and One Nights: Sources and Transformations in Literature, Art, and Science, eds. Ibrahim Akel and William Granara. Leiden: Brill, 2018 (forthcoming)

“Before Europe: The Christian West in the Annals of Medieval Islam.” Review of Daniel G. König, Arabic-Islamic Views of the Latin West: Tracing the Emergence of Medieval Europe (Oxford University Press, 2015). Marginalia Review of Books. April 27, 2018.

Fostering Ethics: Islam, Adoption and the Care of Children – this set of videos capture the speakers at the Conference held in CRASSH in the University of Cambridge on 25 June 2020.

“How (Not) to Mis-identify a Manuscript: On Scholarly Lineage and Transmission of Errors.” Maydan: An Online Publication of Ali Vural Ak Center for Global Islamic Studies, George Mason University. October 24, 2016.