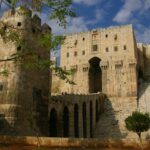 To what extent do great urban centres in Muslim Asia continue to be a powerful source of identity in diaspora, and what accounts for this? This research project, funded by the AHRC and led by the University of Sussex with Dr Paul Anderson as Co-Investigator at Cambridge, explores the legacies of urban life in four cities: Kabul, Herat, Bukhara and Aleppo. It will explore the modes of urban life that displaced populations sustain and transmit in the diaspora, focusing particularly on cosmopolitan habits of maintaining inter-ethnic and inter-religious relationships.

Khaled Fahmy’s current research seeks to understand how the ‘June War’ of 1967 or ‘Naksa’ (‘The Setback’) impacted on the lives of ordinary Egyptians. He is taking a larger view of the war, starting in 1967 and ending with the 1973 war, looking not only at internecine tensions among the military / political elite, but also at ordinary men and women and their experience of this six year war.

For his recent TV interview on the 1973 war see here.

The intellectual history of the Khoja diaspora 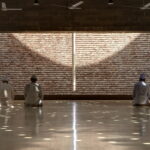 Taushif Kara’s research focuses on the intellectual history of the Khoja diaspora around the Indian ocean world. With their migration to eastern Africa in the nineteenth century as a vantage point, he situates the Khoja and their ideas within and against broader developments in African, Muslim, and Indian political thought during the colonial moment. Drawing on a range of archives, he is studying key terms of belonging, politics, and community and in doing so try to displace standard narratives of colonial knowledge and sovereignty.

Manuscripts and Experience in Islamicate Societies of South Asia 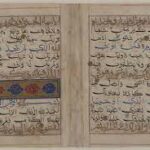 Vivek Gupta will be turning his thesis (“Manuscripts and Experience in Islamicate Societies of South Asia (ca. 1450–1600)“) into a monograph, researching Bihari Qur’an manuscripts, and pursuing outreach that addresses curatorial literacy in India.