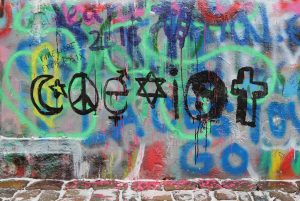 This one-year project by Emanuelle Degli Esposti, sponsored by the British Academy, is looking into the definition of ‘sectarianism’ and working towards a better definition of the intersection between different aspects of Islam.

Perspectives on End of Life Care 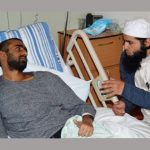 Every community has its own religio-cultural understanding of end of life, its rites, rituals and beliefs. For Muslims, nearing the end of life is considered a transition period before entering another, everlasting, life. Research has shown that the religious beliefs of clinicians and other healthcare professionals are a strong determinant in their decision-making and attitudes towards end of life care services. Many clinicians will not be of the same religion as their patient, and a lack of understanding in relation to what course of management is considered appropriate may lead to confusion, misunderstanding, unnecessary conflict, or even unseemly clinical events. This study by Mehrunisha Suleman aims to address this knowledge gap by collating and analysing the views and experiences of Muslim patients and families and those involved in their care. 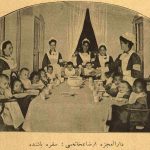 This project focuses on the issue of adoption and foster care in the Muslim community. Arafat Razzaque is looking at ways in which historical perspectives on kinship and the family can contribute to an improved understanding of the challenges related to adoption in Islamic law, and towards bridging the gap between academic knowledge and social work.

The principal drive behind Deniz Turker’s research and outreach project was to make the vast and relatively underused collection of Islamic Art within Cambridge University accessible not only to the students of the university but also to the wider Cambridge community.

In the latter half of 2019, visiting fellow Ryan Williams submitted 39 recommendations to the Ministry of Justice in London and offered a training workshop to frontline probation staff based on his research on religious and racial inequality in the English Criminal Justice System. He was subsequently invited to a Ministerial Roundtable at the House of Commons in London to join frontline practitioners, voluntary sectors, and policymakers to “keep the conversation going” on inequality in the Criminal Justice System.

Muslim offenders’ experiences of the criminal justice system – Research into the lived experiences of citizenship among offenders and how these experiences shape individuals’ values and identities. This ground-breaking research included significant outreach into practitioners within the criminal justice system from Probation Officers to street padres. The impact that it achieved was recognised by the award of the Vice-Chancellor’s Impact Award for 2018.

Narratives of Conversion to Islam: Male Perspectives
(2014-15)
This brought together forty-six male Muslim converts to discuss aspects of their conversions to Islam, to reflect on their journeys and experiences and to produce a report to inform Muslims and non-Muslims about the topic.

Narratives of Conversion to Islam: Female Perspectives
(2013-2014)
This research brought together more than forty female Muslim converts to discuss aspects of their conversions to Islam, to reflect on their journeys and experiences and to produce a report to inform Muslims and non-Muslims about the topic. The participants reflected on the personal and social aspects of their experiences, including the impact on the individual and the family.