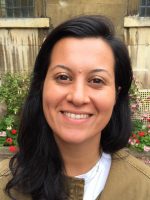 She specializes in nineteenth-century Ottoman material culture with particular focus on the art, architecture, and landscape of reform and respective transformations in patronage patterns. She has published on Ottoman collectors, antiquarians, and historians of Islamic art as well as Ottoman garden and landscape histories in the eighteenth and nineteenth centuries. She recently co-curated a forthcoming exhibition in ANAMED (Istanbul) titled ‘Ottoman Arcadia: The Hamidian Expedition to the Land of Tribal Roots (1886)’, which is centered on a set of Ottoman photograph albums gifted to Otto von Bismarck by Sultan Abdülhamid II. As a CIS Research Associate, she is also completing her book manuscripts on Yıldız, the last Ottoman palace complex.

“ ‘Every Image is a Thought’: Nineteenth-Century Gift-Albums and the Hamidian Visual Archive,” in Ottoman Arcadia: The Hamidian Expedition to the Land of Tribal Roots (Istanbul: Vehbi Koç Foundation, forthcoming).

“ ‘I don’t want orange trees, I want something that others don’t have’: Ottoman Head-Gardeners after Mahmud II,” International Journal of Islamic Architecture (IJIA) 4:2, Special Issue on the Conception and Use of Expertise in the Architecture of the Islamic World since 1800 (July 2015): 257–285.