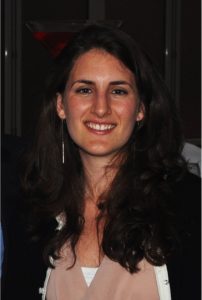 Dr Degli Esposti joined the Centre on November 12, 2018. A specialist in the politics and emotions of minority identities, Emanuelle Degli Esposti received her doctorate in Politics and International Studies from SOAS, University of London, where she also completed an MSc in Middle East Politics. Her current research examines the public forms of activism undertaken by Twelver Shi’a Muslims in Europe, especially those that might be said to be geared towards the cultivation of a “European Shi’ism”. As well as exploring the way in which Shi’a communities view and understand themselves, the project seeks to illuminate the ongoing encounter between Islam and Europe, as well as the evolving dynamics within and between different Islamic sects. For example, she recently published an article on the “sectarianisation of space” in London for a special issue of the journal Contemporary Islam.

The editor and founder of online magazine The Arab Review, Emanuelle is also a published journalist and writer, as well as having more than six years’ experience working in consultancy and intelligence analysis covering Europe and the Middle East. As a CIS Research Associate, she plans to bring together policy, grassroots, and private sector networks in order to facilitate the dissemination of the Centre’s research and outreach.

‘Fragmented Realities: The “Sectarianisation” of Space Among Iraqi Shias in London,‘ Contemporary Islam (2018) 1-27.

‘Islam’s Other Face: Shi’a Muslims in Britain and the Threat of Sectarianism,’ Pinpoint Politics (2013).