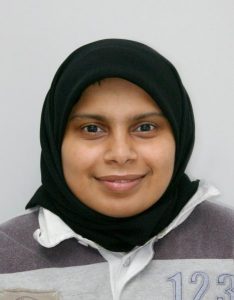 Dr. Mehrunisha Suleman is a post-doctoral researcher at the Centre of Islamic Studies, University of Cambridge and a Senior Researcher at The Health Foundation. Her research involves an ethical analysis of the experiences of end of life care services (EOLC) in the UK from Muslim perspectives. Dr. Suleman holds a DPhil in Population Health from the University of Oxford and a BA in Biomedical Sciences Tripos from the University of Cambridge. She also holds a medical degree and an MSc in Global Health Sciences from the University of Oxford. She has worked with Sir Muir Gray on the Department of Health’s QIPP Right Care Programme. She is an expert for UNESCO’s Ethics Teacher Training Programme and was awarded the 2017 National Ibn Sina Muslim News Award for health. She has an ‘Alimiyyah degree in traditional Islamic studies, which she was given under the supervision of Shaykh Akram Nadwi at Al Salam Institute in 2013. In 2019 she was appointed to the Nuffield Council for Bioethics.

More details on Mehrunisha’s research can be found here.

Suleman M (2016) “Contributions and ambiguities in Islamic Research Ethics and research conducted in Muslim contexts: I – A Thematic review of the literature.” Journal of Health and Culture. 1(1): 46-57