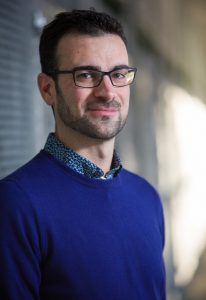 Ryan Williams was a Research Associate with the Centre of Islamic Studies in Cambridge, and is currently a Lecturer in Studies in Religion and Director of Engagement at the University of Queensland. His project examined substantive aspects and lived experiences of citizenship among Muslims through the criminal justice system. His work seeks to bring a closer understanding of contemporary facets of religion and Islamic Studies into the fields of criminology and penology. He has published in the areas of interfaith dialogue, the sociology of religion, and religion and health, and he draws on a range of methods, including ethnography and network sociology.

Ryan’s professional background includes a recently held a Social Sciences and Humanities Research Council of Canada Post-Doctoral award (University of Calgary, Canada). Prior to this, he served as co-investigator studying trust and faith identities in two high security English prisons for an ESRC-funded grant entitled ‘Locating trust in a climate of fear’ (2013 – 2015) based in the Institute of Criminology at Cambridge. He concurrently holds an Affiliate Membership in the Prisons Research Centre (Institute of Criminology, Cambridge). His academic background is in Religious Studies (PhD, Divinity, University of Cambridge) and he is a Life Member of Clare Hall, Cambridge.

Williams, Ryan J., and Tinu Ruparell. “On Being in the Middle: Interreligious Dialogue and Network Centrality.” Journal of Contemporary Religion 29, no. 3 (2014): 471-79.

Williams, Ryan J., and Fraser Watts. “Attributions in a Spiritual Healing Context: An Archival Analysis of a 1920s Healing Movement.” Journal for the Scientific Study of Religion (2013).

Williams, Ryan J. “Network Hubs and Opportunity for Complex Thinking among Young British Muslims.” Journal for the Scientific Study of Religion 52, no. 3 (2013): 573-95.