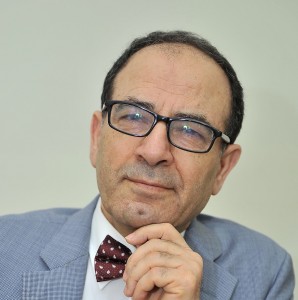 Professor Yasir Suleiman was the founding Director of the Centre of Islamic Studies, His Majesty Sultan Qaboos Bin Sa’id Professor of Modern Arabic Studies, and a Fellow of King’s College, Cambridge. His research covers the cultural politics of the Middle East with special focus on identity, conflict, diaspora studies and modernisation in so far as these issues relate to language, modern Arabic literature, translation and memory. He also conducts research in Arabic grammatical theory and the Arabic intellectual tradition in the pre-modern period. Professor Suleiman is Chair of the Panel of Judges, British-Kuwaiti Friendship Society Book Prize in Middle Eastern Studies.  In 2013 Professor Suleiman was elected as Chairman of the International Prize of Arabic Fiction (IPAF) popularly known in the Arabic-speaking world as the ‘Arabic Booker’. He serves as Trustee on the Boards of the following organisations: Arab-British Chamber Charitable Foundation, Banipal Trust for Arab Literature and is Trustee of the Gulf Research Centre-Cambridge. He is also Board Member of the Islamic Manuscript Association, Chair of the Centre for the Study of the International Relations of the Middle East and North Africa (CIRMENA), Cambridge and Member of the Advisory Board of Our Shared Future, a joint project of the British Council, USA and Carnegie Foundation. He is a member of the editorial boards of a number of journals and book series. In October 2013 Professor Suleiman was made Ambassador of the University of Sarajevo for his outstanding contribution to promoting the University internationally.

Professor Suleiman is Commander of the Order of the British Empire (CBE), a Fellow of the Royal Society of Edinburgh, and formerly Head of the Department of Middle Eastern Studies, the University of Cambridge.