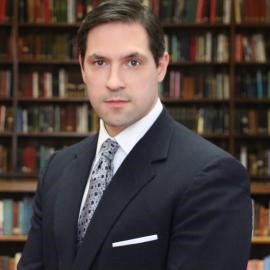 Michael Stephens is the Research Fellow for Middle East Studies and Head of RUSI Qatar.

Michael has twelve years of experience working in the Middle East, and has conducted research across many countries including Turkey, the Levant, Iraq and the Gulf States.

His research has focused on Iraqi Kurdistan, and the Kurdish regions of Syria, their social composition and responses to the threat from the Islamic State; Arab Shia identity across the Middle East and its relationship with Iran, which included co-authoring a Whitehall report focusing on regional responses to Iran’s nuclear programme (2014). He is also a specialist in Gulf security.

As a frequent commentator on Middle East affairs, his writing has appeared in many news outlets and he is also a regular broadcast commentator. Michael also regularly advises the Crown Prosecution Service on issues relating to national security, and counter terrorism. He most recently appeared in the TV documentary series ‘House of Saud’ on BBC 2.