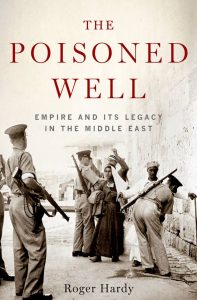 Roger Hardy talks about his book – The Poisoned Well: Empire and its Legacy in the Middle East – which examines the legacy of British and French colonial rule in the region. He argues that the shadow of imperialism has continued to haunt the politics of the region, from the evolution of the Israeli-Palestinian conflict to the invasion of Iraq in 2003. (Copies of the book will be on sale.)
Roger Hardy was for more than twenty years a Middle East analyst with the BBC World Service, and is currently a Research Associate at the Centre for International Studies, University of Oxford.

Free and open to all.