Our talks for the coming Michaelmas term will be held in-person or on Zoom at 5.15pm UK time. To join the talk use this link:

Our invited speakers offer their own thoughts and reflections on topics of their choice. These do not necessarily represent the views of the Centre of Islamic Studies. 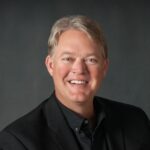 Dr Robinson will examine the new phenomenon of global jihad. The talk will be part political sociology and part an inquiry into the construction of radical political ideologies. In it he will make some timely comparative arguments with other movements, including white nationalism.

He is a professor in the defense analysis department at the Naval Postgraduate School (NPS) in Monterey, California, and is also affiliated with the Center for Middle Eastern Studies at the University of California at Berkeley. He has authored or co-authored four books on Middle East politics as well as scores of journal articles, book chapters, government reports and conference papers. His most recent book, from Stanford University Press, is Global Jihad: A Brief History. 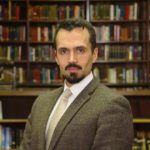 His research interests are Politics, international relations and religion, in the West and the Arab world; the geopolitics of the wider Arab world; Western Muslim communities; contemporary Islamic studies; extremist groups; the mainstreaming of far-right in the West. More at www.hahellyer.com. 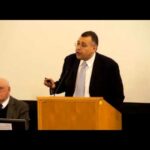 Ziad Elmarsafy is Professor of Comparative Literature at King’s College London. His research interests span the literature and culture of early modern France, the Enlightenment, and modern Arabic literature.

Prof. Elmarsafy will speak with the Centre’s Research Associate, Taushif Kara, about his new book Esoteric Islam in Modern French Thought (2021, Bloomsbury Academic), which maps the central place of esoteric forms of Islam (including Shi’ism and Sufism) to the intellectual life of modern France. The book traces the entangled careers and intellectual biographies of three significant French scholars of Islam: Louis Massignon, Henry Corbin, and Christian Jambet. Elmarsafy shows how each found in the esoteric a solution to otherwise insurmountable problems: desire for Massignon, certainty for Corbin, and resurrection/immortality for Jambet. 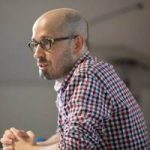 This paper considers the relevance of the Non-Aligned Movement (NAM) in the context of grassroots solidary responses to the geopolitics of borders and mobility along the so-called ‘Balkan route’. It focuses on the encounters between the unauthorised movement of people across borders, and on localised solidarities emerging from such encounters. Specifically, it ethnographically probes the role personal experiences with NAM have played in fostering such solidarities. I focus on two biographic fragments, two life histories, two generations, each reflecting a different experience with NAM and its afterlives. These biographic fragments, I argue, offer an insight into shared threads of cultural intimacy, political commitments and solidarities fostered by NAM across generations. In turn, this paper interrogates how these NAM experiences and imaginings can create political solidarities that emerge and are enacted ‘not so much above or below the nation-state [and its borders] as alongside it’ (Malkki 1998: 436) in our contemporary moment.

The focus on the ongoing grassroots reverberations of NAM in the lives of individuals and communities, I contend, can help us to provincialise and historicise the self-serving parochialism of the hegemonic EU-centric debates on the dynamics of mobility and migration in the buffering zones along Europe’s borders. Furthermore, these reverberations call into question the hegemonic geopolitical discourses associated with the Cold War and its aftermaths. Ultimately, this paper probes whether NAM’s reverberations offer a vocabulary of what Fernando Coronil described as ‘nonimperial geohistorical categories’ with which we can provincialise these hegemonic discourses, and engage with omitted histories of the Cold War and global interconnections and solidarities it created.

11/02/2021 – Dr Sertac Sehlikloglu on ‘Genealogy, Critique, and Decolonization:Ibn Khaldun and Moving Beyond Filling the Gaps’ 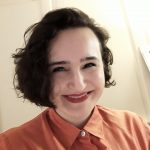 The aim of this paper is to locate critique at the intersections of the genealogy of knowledge in anthropological thinking and decolonizing movement. The paper approaches to decolonizing movement as one of the most crucial points in anthropological thinking, as long as it can go beyond filling the gaps in genealogies by engaging with non-Eurocentric scholarship and, additionally, by carrying the critical angles to the ways it engages with those non-Eurocentric scholarships.

To illustrate, it uses the case of Ibn Khaldun, an Arab scholar of social sciences and historical analysis from 14th Century -who is often referred to as the first sociologist. On the one hand, his influence in classical Western thinking is largely dismissed. On the other hand, as a counter-response to this dismissal, the new Islamic revivalist intelligentsia in the Muslim right engage with him in a selective manner that not only rejects that central critical thinking, but, even worse, sanctions the local regimes of power, including that local canon. By locating his scholarship to multiple tropes in anthropological theory and reading his evolutionist thinking vis-à-vis the post-colonial literature in anthropology and sociology, I question the limits and possibilities of critical thinking within and beyond the decolonizing movement. 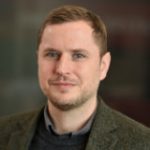 This paper draws on a previously unexplored trove of writings authored by Egyptian police officers since the mid-twentieth century to shed new light on how policing has figured in the consolidation of late capitalist social order in the Global South. 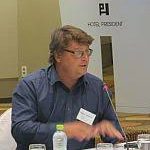 This presentation demonstrates the significance of long-distance networks formed by traders from Afghanistan and Central Asia to the forging of present day transregional connections within Asia. It identifies two corridors of connectivity authored by these traders: a ‘Eurasian corridor’ connecting East Asia to post-Soviet Eurasia and extending into Western Europe and a ‘West Asian corridor’ involving traders originally from Central Asia linking East Asia to Turkey and the Arabian Peninsular. Empirically, the paper documents and analyses the varying cultural and political orientations of traders operating along these networks, and ways in which specific nodes in the networks contribute to their activities as a whole. Conceptually, the papers suggests that recent work in the expanding field of Indian Ocean studies would benefit from a greater recognition of the intersections between land and sea networks.

Bio: Magnus Marsden is Professor of Social Anthropology and Director of the Asia Centre at the University of Sussex. He has conducted fieldwork in Muslim Asia, especially Pakistan and Afghanistan for over twenty years. His publications include Living Islam (Cambridge, 2005), Fragments of the Afghan Frontier (Hurst/Oxford, 2012), Trading Worlds (Hurst/Oxford, 2016), and Beyond the Silk Road (Cambridge, 2021).

Talks in the Michaelmas 2020 term were: 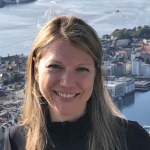 This presentation brought an anthropology of ethics to bear on a case of forced migration and displacement among Syrian refugee women in Jordan. This case reveals how projects of Islamic self-making in displacement become “emplacement” processes within the new state-mediated context. This case reveals that Syrian women in Jordan engage in Islamic self-making as part of their wider emplacement practices by operating more publicly in the material world through Islamically-inspired actions and rituals than in Syria. Using focus groups and interviews from urban Jordan and a Syrian refugee camp, this paper focuses on these practices of Islamic self-making that serve an important role in the projects of moral emplacement for Syrian women in the Jordanian context.

Biog: Dr Tobin is an anthropologist focusing on Islam, economic anthropology, and displacement /migration in the Middle East and East Africa. Her work explores transformations in religious and economic life, identity construction, and personal piety. She also examines the intersections with gender, Islamic authority and normative Islam, public ethics, and Islamic authenticity. Her latest research projects examine these questions with Syrian refugees in Jordanian camps of Za`atari, Azraq, and Cyber City, and in Results-Based Financing in Tanzania.

12 November 2020 – Abdelwahab El-Affendi on ‘The Barbaric Science of Civilised Company: Revisiting the Perennial Crisis of the “Science” of Things Political‘ 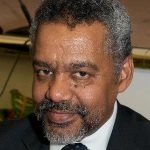 Political science has struggled with a series of existential crises that accompanied its birth and continue to plague it. Recent developments, including the failure to predict the Arab revolutions and the populist tide in the West, have again highlighted these problems, and provoked serious debates that revisited old contests about the “scientific” pretences of the discipline, its claims to objectivity and its Eurocentrism.  In this talk, it is argued that these failures to spot emerging trends are not incidental, and are inherent in the nature of the discipline itself. It dismisses defensive “explanations” of these failures, including claims that predictions are impossible anyway, and are not part of the job description, or ascribing the problem to methodological shortcomings. It seeks to show that the discipline has a built-in “barbaric” streak linked to its continuing role as the handmaiden of policy and its colonial history. .. When genocide turns from a taboo to a valid policy option, with many not even noticing, we seem to have a problem.

Biog: Abdelwahab El-Affendi is Professor of Politics, Provost and Acting President of the Doha Institute for Graduate Studies, Qatar. El-Affendi has served as the Head of the Politics and IR Program at the Institute (2015-2017), and was founder and Coordinator of the Democracy and Islam Program at the University of Westminster (since 1998). He is also head of Promotion Committee and the Institute. El-Affendi also served as a diplomat in the Sudanese Foreign Ministry (1990-1997), London-based journalist, including editor or managing editor of several publications (1982-1990).

29 October 2020 – Dr Serkan Yolacan on ‘Theologizing the Past, Inscribing the Future: Anatomy of a Mahdist Movement‘ 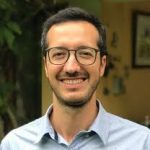 Followers of Fethullah Gülen, a self-exiled cleric accused of plotting the Turkish coup attempt of 2016, are buried under a cacophony of labels: ‘moderate Muslims,’ ‘pioneers of interfaith dialogue,’ ‘American stooges,’ and ‘seditious infiltrators.’ Much less known to the outsiders but more captivating to the followers is another debate: Could Gülen be the awaited Mahdi, the eschatological redeemer of Islam? If so, how does one read the signs of him being the savior? In following the signs, I shift the focus from Turkey to the Caucasus, where the movement gained prominence for bringing former Soviet citizens back into the fold of Islam after seventy years of communist rule. Seen from there, Gülen appears as only the latest in a long line of religious figures who, by crossing into the Caucasus, climbed the spiritual ladder toward a holier status… Drawing on ethnographic work in the Caucasus with those who read the signs, tracing them further in the esoteric texts that inspired Gülen, and reading them in relation to Mahdist movements in the past, I recast Gülen as a messianic figure and demonstrate how old imperial frontiers, such as the Caucasus, become fertile grounds for messianic imagination. In the frontier, horizontal mobility leads to vertical ascension in spiritual rank and generates a form of authority—conceptualized here as ‘diasporic kingship’—that haunts political centers from the periphery.

Biog: Dr Serkan Yolaçan is an assistant professor of anthropology at Stanford University. In his research, Serkan combines broad space and deep history empirically, and history and anthropology methodologically, to generate geo-historical frames that speak to questions of human mobility, international order, and state expansionism, past and present. His book project, Time Travelers of Baku: Conversion and Revolution in West Asia, weaves the modern experiences of Turkey, Iran, and Russia through the lens of a mobile, diasporic people from the region of Azerbaijan. 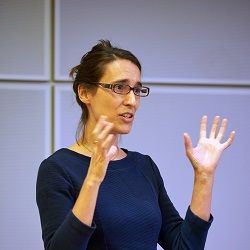 What are the legacies of a defeated revolution? Prevailing narratives depict defeated revolutions as examples of successful counter-insurgency campaigns. This project’s ethnographic research with former revolutionary families from the liberation movement of Dhufar, Oman (active 1965-1975), nevertheless shows how, forty years on, ex-militants and relatives use kinship and mundane socialising to reproduce revolutionary networks and values of social egalitarianism. Foregrounding the social afterlives of defeated revolution, this research contributes to a counter-history of defeated revolutionaries. The project highlights the limitations of post-conflict patronage to win and change hearts and minds, and the potential of family and everyday relations during and after revolution to challenge dominant norms.

Biog: Alice Wilson is Senior Lecturer in Social Anthropology at the University of Sussex. Her research focuses on transformations of the relationship between governing authorities and governed constituencies in revolutions and liberation movements in the Middle East and North Africa. She is author of Sovereignty in Exile: a Saharan liberation movement governs (Pennsylvania, 2016).