On Saturday 27 October the Centre co-hosted an event with ‘Dying for Life’ at the Keynes Hall in Kings College.

The event challenged members of the public and our panel of six speakers to think about their beliefs about death and beyond – asking questions like:

The afternoon offered the chance to explore some of these issues using a mixture of short talks from speakers of different beliefs, and conversations amongst participants and speakers.

The session was facilitated by Johnnie Moore (http://www.creativefacilitation.com/) who ensured that there was plenty of opportunity for participants to explore together their own ideas, experiences and feelings around this topic.

Ila Chandavarkar comes from an Indian Hindu reformist family. She currently works with multi-faith, multi-ethnic organisations such as Cambridge Ethnic Community Forum and Peterborough Asylum and Refugee Community Association. She has worked with a wide range of voluntary sector organisations for over 30 years and has a strong interest in work that promotes equality, human rights, social justice, cohesion and integration.

Canon Rosie Harper is Vicar of Great Missenden and chaplain to the Bishop of Buckingham. She is a member of the General Synod, the legislative body of the Church of England, chair of the Oxford Nandyal Education Foundation, an education charity in rural Indian and writes for the Guardian. She is deeply committed to working for issues of justice and equality within and beyond the church.

Mike Levy has been an active member of the Beth Shalom Reform Synagogue for 25 years where he leads and writes for its drama group, helps run its social programme and regularly attends services. He has a Fellowship in Holocaust Education from the Imperial War Museum and is a freelance educator with the Holocaust Education Trust. He is a is a former journalist, sixth form teacher and is currently researching for a PhD at Anglia Ruskin University on the subject of local British volunteers in the refugee crises of the 1930s.

Bhante Samitha has been a Buddhist Monk for 35 years. He is originally from Sri Lanka and currently the head of Letchworth Buddhist Centre for education, Meditation, Psychotherapy & Counselling. He is a Hospital Chaplain and Mindfulness teacher at East & North Hertfordshire NHS Trust. He has been promoting Mindfulness based well-being programmes for last 15 years in UK.

Mehrunisha Suleman is a research associate at the Centre of Islamic Studies at the University of Cambridge. Her research involves an analysis of the experiences of end of life care (EOLC) services in the UK, from the Muslim perspective. Before joining CIS, Mehrunisha studied various aspects of public health at both Oxford and Cambridge Universities. She has worked on the Department of Health’s QIPP Right Care Programme, as well as developing an online tool for commissioners, clinicians and patient groups on health care systems design. She is co-editor of the NHS Atlas of Variation for Diabetes and Liver Disease. She has also been appointed as an expert for UNESCO’s Ethics Teacher Training Programme. 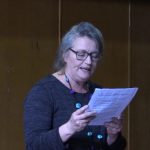 Carrie Thomas is a member of Humanists UK. She has offered pastoral care in prisons and hospitals and trains others in these skills. She is also a funeral celebrant.
She works in healthcare; previously as an end of life care co-ordinator at a hospice and now as a clinical massage therapist in the Royal Free Hospital.
She cares passionately about people understanding that others can be good and can face death with equanimity without a belief in any god or a vision of an afterlife.

Dying for Life
‘Dying for Life’ is a community organisation that has emerged from Death Cafe Cambridge (deathcafe.com/) and which organises events offering information, art, ideas and conversation about dying and death. If you would like to hear about other events on this theme you can sign up to the mailing list at dyingforlife.co.uk.

Interviews with some of the 100+ participants