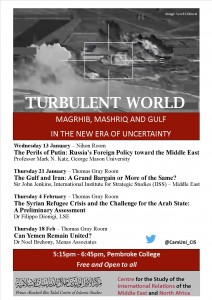 This talk will discuss Moscow’s reaction to the Arab Uprisings that began in 2011 and the evolution of Russia’s relations with the region since then and especially since Russian armed forces directly intervened in the Syrian civil war beginning in September 2015. Prior to 2011, Putin had established relatively good relations with virtually all the major actors in the Middle East (except, of course, Al Qaeda and its affiliates). But Putin’s support—and more recently, intervention on behalf of—the Assad regime in Syria has resulted in increasingly strained relations with those Arab states most concerned about Iranian influence, and a disastrous downturn in Russo-Turkish relations. The prospects for Moscow achieving its specific aims in Syria as well as its broader ones in the Middle East as a whole will be assessed.

Sir John Jenkins KCMG LVO is a British former diplomat who has served as Her Majesty’s Ambassador to several countries in the Middle East and Asia. Sir John joined the Foreign and Commonwealth Office in 1980 and served in Abu Dhabi, Kuala Lumpur and Kuwait before being appointed HM Ambassador to Burma (1999-02); Consul-General in Jerusalem (2003-06); and HM Ambassador to Syria (2006–07). He was Director, Middle East and North Africa at the FCO in London from 2007–2009; HM Ambassador to Iraq (2009–11); UK Special Representative to the National Transitional Council of Libya, then subsequently HM Ambassador to Libya in 2011; and HM Ambassador to Saudi Arabia from June 2012. At the end of January 2015 he retired from the Diplomatic Service and in February that year became Executive Director of the Middle East branch of the International Institute for Strategic Studies, based in Bahrain. Sir John obtained a BA and doctorate from the University of Cambridge in 1977 and 1980 respectively.

The Syrian Refugee Crisis and the Challenge for the Arab State: a Preliminary Assessment
Dr Filippo Dionigi

Conflict in the Middle East has in recent history provoked several waves of forced mass displacement, often with disruptive consequences. The Syrian refugee crisis is the latest of such events, unprecedented in its magnitude. A handful of Arab states (Lebanon, Jordan, Egypt and Iraq) have come to host to over half of Syria’s refugees. This has inevitably brought with it a number of social, political, and economic challenges that in some cases have significantly strained the already weak structures and (im)balances of the state.
This paper will discuss how states such as Lebanon and Jordan have coped with the challenges of mass displacement within their borders. I will pose questions and advance hypotheses on the prospects and implications of forced mass displacement in the Middle East.

When the north and south Yemen united in 1990 it was the first time for 250 years that a regime could claim to be assert its authority over most of Yemen. That unity was challenged in a 1994 civil war and is under challenge in 2016 following the rise of the Huthis and the war that followed the intervention of the Saud-led coalition. The extended crisis has created sectarian tensions in a Yemen where Sunni and Zaydi Shia have lived in harmony for 900 years. Throughout Yemen local communities, some tribal and some not, have been empowered by an absence of government and want a much greater say voice in determining their political future. How can those involved in any peace settlement in Yemen keep the country united? And can they succeed?

Noel Brehony has been involved in Yemen since the early 1970s when he was a diplomat in the then People’s Democratic Republic of Yemen. He is author of Yemen Divided: the story of a failed state in South Arabia ( 2011), co-editor of Rebuilding Yemen: Political, Economic and Social Challenges (2015) and editor of a forthcoming book Migration from Yemen: The Politics and Identity of the Hadhrami Diaspora. He has edited a monthly newsletter Yemen Focus for Menas Associates since 2010 and was Chairman of the British-Yemeni Society 2010-2015. He is Chairman of the Council for British Research in the Levant and of Menas Associates and a past President of the British Society for Middle East Studies. 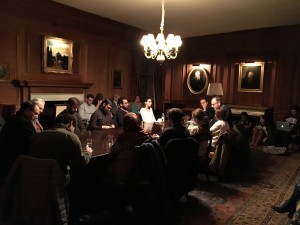 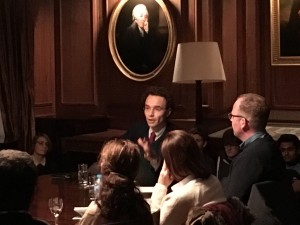 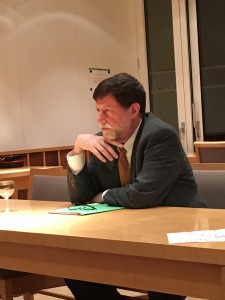 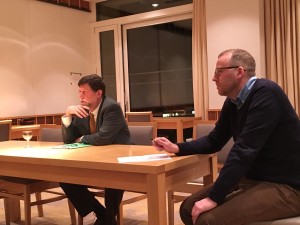